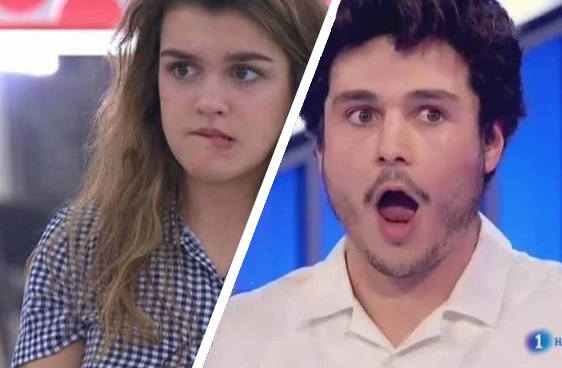 Amaia Romero represented Spain in Eurovision Song Contest last year along with ex-boyfriend Alfred Garcia. Now she’s back to tell us about her views on their successor. El Mundo interviewed her and at some point they asked her about Miki Nunez and his song “La Venda”. She said;

Truth is, I don’t like his song very much, but it’s just my opinion. However I wish him a lot of luck. It’s just not my thing. It doesn’t get me hooked.

Why didn’t she attend to OT Eurovision Gala?

Amaia and her ex Alfred finished in 23rd position last year with their song “Tu Cancion”. Yet she did not attend to OT Eurovision Gala this year so rumour started. Many believed that she didn’t want to be seen with her ex boyfriend Alfred Garcia again. She, however, said she does not have any problem about two of them being seen together again, nor does she have any bad blood with Alfred. She explains;

(The rumour about) me not wanting to meet with Alfred again is a lie. I, in fact, have already seen him after all and nothing happened. After how bad we were last year (in Eurovision), I didn’t feel capable to pass the baton.

Eurovision is not so important

When asked for advice to Miki, she said;

Do not be overwhelmed, because in the end it is not so important. Take it as one more thing in your life but not something so essential, because it’s not.

She continued to talk about her own experiences;

Eurovision era was so fast and so incredible that it is as if I had not processed it yet.

Miki will represent Spain in 64th Eurovision Song Contest this year in Tel Aviv with the song “La Venda.”