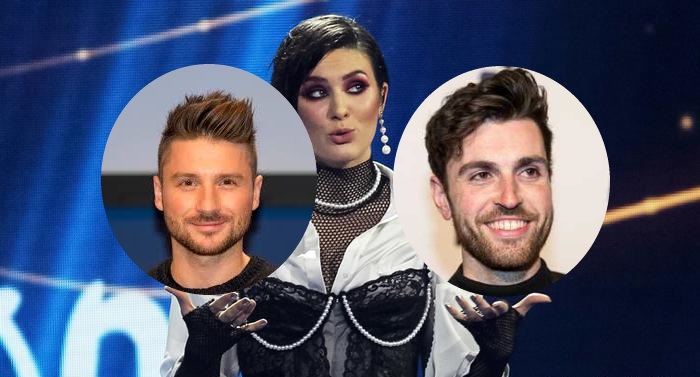 Ukrainian singer Maruv was chosen to represent her country at Eurovision Song Contest through their national final called Vidbir. Her song “Siren Song” wasn’t the favourite of the jury panel but her public support was enough to secure her a victory. Bu sometimes Eurovision is just more than songs and leg-ographies. After politics got involved to the mix, 2019 version of infamous Ukranian Eurovision drama series started and the country decided to withdrew from Eurovision.

Maruv recently talked about Eurovision in an Love Radio interview. She goes;

Yeah, I’m not going to do Eurovision already.

When asked whether she would try to participate in Eurovision next year, she said she’s not interested even if countries invite her. She added;

At most, I can do an interval act.

What About Her Ex Coach Sergey?

She was also asked some questions about other countries representatives;

Your thoughts about “Scream”?

The song is good. But tbh, Seryozha forgive me I love u so much, but I like Duncan more.

So he’ll take a higher position?

Well, dunno, Seryozha has a unique ability to make great shows and awesome live perfomances. We haven’t heard Duncan yet.

The fact that Sergey Lazarev was her coach in The Voice Ukraine in 2014 made this exchange much more interesting.

After talking about Sergey and Duncan, she added;

But anyway they’re lucky I’m not participating. That would be a BANG for everyone!